Vote for your favorite headshot, please!  I am so bad at having my picture taken.  I squirm under the direct gaze of a camera, but my friend Ellen did a wonderful job with such a difficult subject.

Time crunch, people!  I have an audition on Thursday and Ellen has to polish up one of these for me before then. 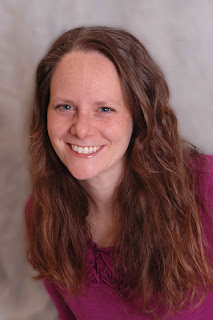 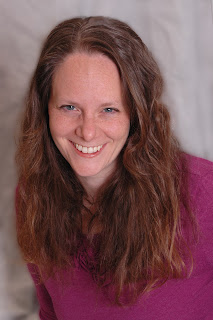 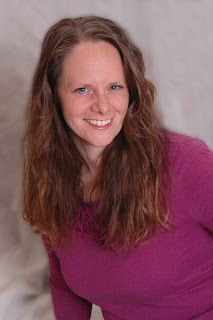 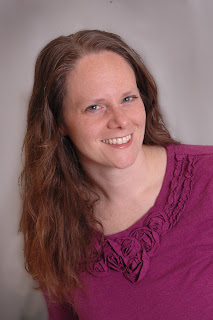 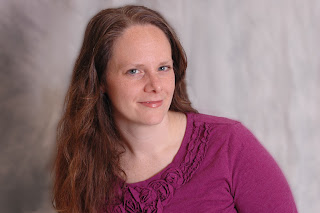 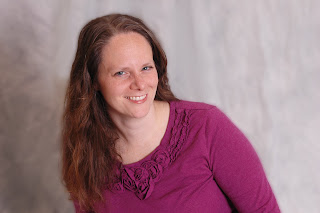 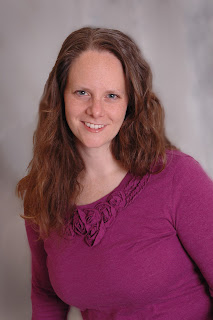 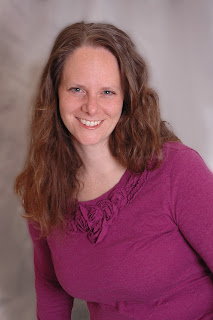 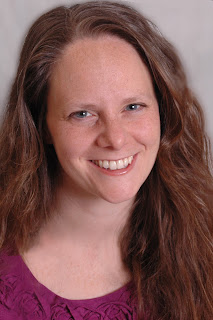 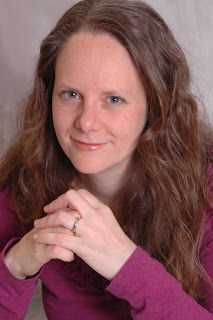 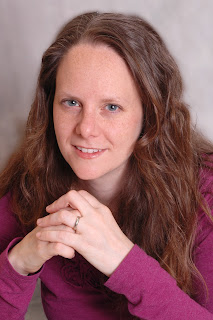 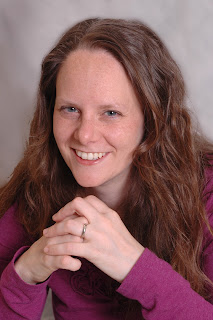 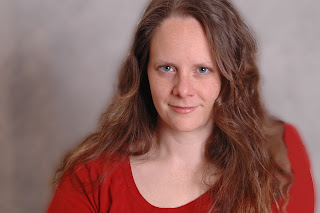 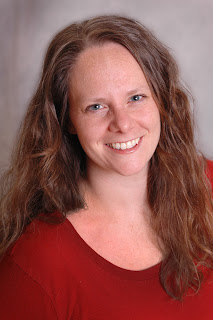 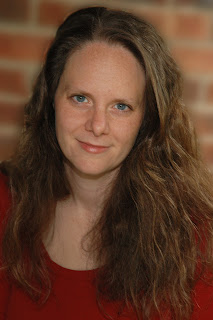 I remember one day my freshman year of college when I looked in my closet and realized that every dress in it had a story.  Several of them were my Mom's old dresses from when she first got married (flying squirrel dress, anyone?).  A few were dresses that she had made for me.  Others were hand me downs from friends or great finds at thrift stores.  A few had even been purchased new, but with significant amounts of poring over catalogs with my Mom and sisters first.

As I continued on through college, I gathered a new collection of dresses.  Diva dresses.  My voice teacher taught me that it was important to dress the part of the performance as well as sing the part.  Those dresses were all purchased with my dear friend, Mark, and sometimes others joined us on our shopping expeditions.  (I still have them all and will occasionally pull them out, put one on, and sing an aria or two with an art song thrown in for good measure.)  Each dress had a specific song or performance.  The maroon velvet will forever be the "Vivaldi dress".  The beaded black sleeveless will always be the "Mozart dress".  You get the idea.

The most recent dress acquisition was the "I have to go to a backyard party at my husband's boss's Scarsdale mansion where the pool house is bigger and nicer than my main floor AND I have to rub elbows with all the New York City corporate wives while making sure all my children behave!"  But I do love the dress now that the stress of the event is over.

Basically, I don't buy or wear dresses without a story behind them. 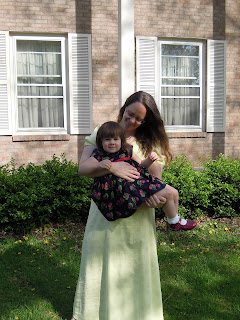 The dress I wore this Easter was a dress that my Mom and I made for me the summer of 1995. (Pretty much my involvement was sewing where my Mom told me to sew and standing still when she needed measurements.)  I was in working two jobs/70 hours a week in Wyoming that summer in between my freshman and sophomore years of college.  Mom was going through her fabric and pulled this one out.  I had been in love with this pretty yellow fabric since childhood because it was an exact match to a dress one of my dolls had.  (The doll's name was Mary because I received her as a Christmas present when I was 4? 5?)

I try to pick out dresses for Lilyanna that are something more than "just a pretty dress".  I don't like clothes just for the sake of clothes.  Instead I try to pick things for her that reflect her personality.  (And by not picking pink or princess, I reflect a little bit of mine as well.)  I loved her non-pastel-non-meringue dress for Easter this year.  She wore a navy blue dress with red cherries.  The red patent leather shoes were totally her, and she felt happy and comfortable in her dress all day.
Posted by Unknown at 4:31 PM 1 comment:

Life is so boring and humdrum and sedate around here that we don't really have anything to say this year.

We could use a little boring around here, actually, so if you find some let us know.

Lilyanna- turned 2 this year and she's very good at it.  Like many 2 year-olds she alternates between being quite personable and throwing tantrums.  These are tantrums the likes of which were previously unknown to her parents, who cock their heads and wonder what she's doing.  At only age 2 she is already infatuated with a boys band, Veggie Tales' Boyz in the Sink. Earlier this year she even attended a Veggie Tales Live concert with Todd.  Not surprisingly, she was a fan.

Caleb- had a fun summer on the diving team, but the swim coach kept having him swim in the weekly swim meets, even though he wasn't technically on the swim team.  So when fall came around we talked Caleb into joining the year-round swim team. (Todd convinced him by mentioning if he swam all year, he'd be better than his brothers who only swim on the summer team.) Caleb has also discovered a great love of learning, especially about famous people throughout history.  He loves reading biographies and learning all about weather and climate.  Caleb is very excited about an upcoming trip to Washington D.C. so he can see up close all the buildings and monuments he's been learning about this year in school.  Caleb is also the proud owner of a pet hamster that Benjamin and Nathaniel gave him for Christmas.  Her name is Florida and he loves her very much.

Nathaniel- turns 10 later this year and has had the blessing of wonderful teachers this year in school.  They don't let him get bored academically ever!  He continues to dance in the Boy's Hip Hop class and earlier this year loved taking fencing lessons!  As soon as we find a fencing club closer to us, he will start those again.  Nathaniel loves to read and has especially been enjoying non-fiction math and science books lately.  His two favorites this year have been Microbe Hunters and Fermat's Enigma. Nathaniel has enjoyed joining Emilia on her runs and recently won the award for best long johns at the Long John Race they recently ran.

Benjamin- recently turned 12 and slept through  attended his first General Priesthood meeting last night with Todd. His favorite things about being 12 so far are passing the sacrament, attending mutual, and sitting shotgun in the car. This year Benjamin is in both the Intermediate Hip Hop and Tap companies, and also has a hip hop duet, in addition to being a class assistant for a tap class. Benjamin, ever the consummate performer, still dreams about one day performing on Broadway.  Here's a link to Benjamin singing.  (Sorry it's blurry.) He's the soloist in the beginning.  Benjamin neglected to inform Emilia that he had a solo, so it wasn't until she was at the concert and he walked up to the microphone that she realized what was going on.  Benjamin also had the opportunity to go to Boy Scout camp with his Grandpa Smith for the first time last summer.  Wet and muddy fun was had by all.  (Well, Benjamin at least.  Grandpa Smith is still recovering.)

Warren- graduated high school last spring and is beginning his college career!  He started his first class at Columbus State last week.  He was also excited to have recently passed the test to receive a drivers license.  So watch out when driving in Columbus!  Warren still loves to sing and hopes to continue acting.  He's currently singing in a church choir.  Last spring he had the opportunity to play the witch, Baba Yaga, in a children's show put on at the high school and over the summer he played Fred Casely in a local production of Chicago.

Emilia- still teaches piano and continues to enjoy it.  She also recently started running again and finds herself a little addicted to it in short distances.  After meeting her goal set a month before her birthday to run 36 miles before her 36th birthday, she set a new goal of running 10 miles each week on top of her other exercise classes.  Emilia has her favorite calling in church of being the primary pianist and will be sad on the day somebody looks behind the piano and notices her for some other calling.  Emilia continues to love travel and road trips, and can often be found plotting new excuses for heading out of town.  She loves keeping in touch with friends and visiting in person or digitally.

Todd- continues to work at Chase bank in the Retail Marketing group.  At church, Todd is in his fifth year as secretary for the Stake Young Men program.  (He's on his third president; he wears them out fast.)  He loves his calling, though. Working with the youth is great.  There's not much more to say about Todd.  Emilia says that he needs to spend less time at work so there's more to say.  He recently bought a new car since he drove the little Honda Civic to death.  (RIP '95 Civic EX)

To all our family near or far, to friends made yesterday or years ago, we give thanks that God gave us the chance to get to know you.  May 2012 bring you peace and happiness... no fooling!